The Daku Akuma Taisho where samurai commanders that would lead their kachi and gashira samurai straight into the lines of the enemy.

Once the ashigaru engaged their foe in the traditional manner, the Taisho and their Gashira would break ranks, storming through the lines, catching their enemy off guard. Through this “surprise attack” and superior fighting skills given to them by the Daku Akuma (dark demon), they would cut their way through the opposing ashigaru. This would cause them to divide and then easily swallowed up by the darkness of the pursuing ashigaru. They were also known for taunting enemy samurai in battle. The objective was to draw them out in single combat where their ashigaru could cut them off from support while the Daku Akuma Gashira and Taisho samurai would finish them off.  This was part of the new fighting tactic samurai started to be used in the early 16th century.

Our artisan taisho katchû-shi  (Japanese armor smith) will take great care in crafting this taisho samurai armor set. They will use more traditional crafting methods and design than the gashira samurai yoroi. It also features Kiritsuke Iyozane (simulated scale), sode (shoulder guards)  and kusazari (defensive skirt plating).  They are happy to customize your order by sizing it for your unique dimensions. 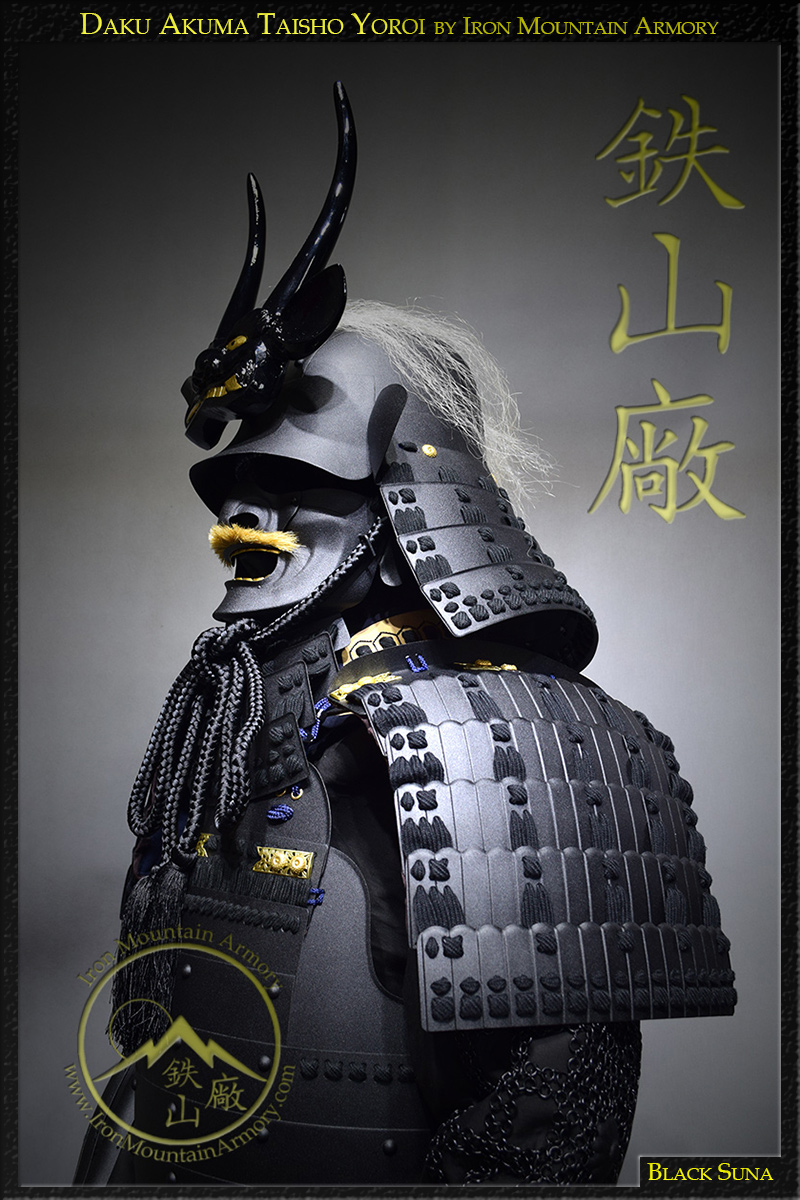 All of our armour is forged in the traditional iron armour plating (lames) tradition.

This armour model is made with the level of quality and expectations that a high ranking Samurai would expect.  Using only the highest quality in materials; such as Japanese silk, organic cotton, buffalo horn, etc.  Each suit of armour is made by our head master- craftsmen with a close eye to detail and quality control.

They are accurate and detailed in every way. For example a single helmet can consist of over 32 different hand-spliced iron plates (Laminated Style Kabuto), individually riveted together.  Our Taisho model samurai armor is made specifically for private collectors, museums, re-enactors, martial artists and those who demand the highest detail and quality.

These suits are often ordered by collectors who want the finest quality armour without having to pay the high cost and taxes that they would as if they would had purchased it in Japan. Incredible high quality at an excellent market price and sold frequently to clients in Japan .